Led by industry leaders, academics, and experts in the field 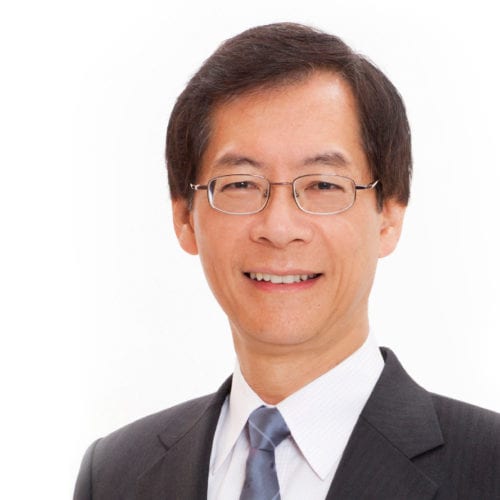 Chairman of the Board of Directors and Independent Director

Dr. Timothy Tong is our chairman of the board of directors and independent director and has been instrumental in the establishment of our various initiatives with academic institutions and other industry association types to enhance and step up our contributions and support to talents out of the AMTD SpiderNet ecosystem, such as the formation of AMTD FinTech Centre of PolyU Faculty of Business as one of the rare institutions across Asia to be able to award Ph.D. degrees in FinTech.

Dr.- Tong was appointed as our chairman of the board of directors and independent director in February 2020 and February 2021, respectively. Dr. Tong is also an independent director of AMTD IDEA Group (NYSE: AMTD: SGX:HKB) since February 2022. Dr. Tong is the chief executive officer of AMTD Charity Foundation, and chairman of the Hong Kong Laureate Forum, which is an organization formed by distinguished personalities and academics of Hong Kong, with the full support of the Hong Kong SAR government. The mission is to connect the current and next generations of leaders in scientific pursuit, and to promote understanding and interests of the young generation in Hong Kong and around the world in various disciplines in science and technology. 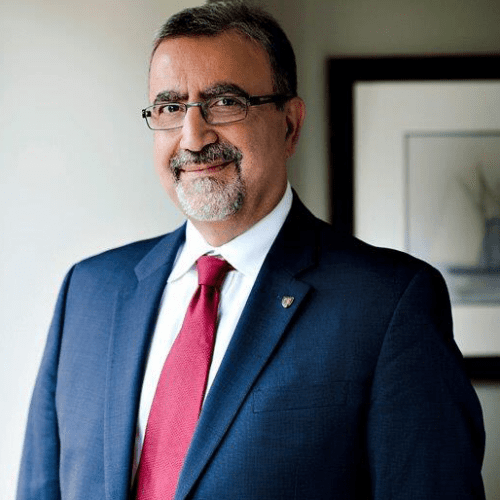 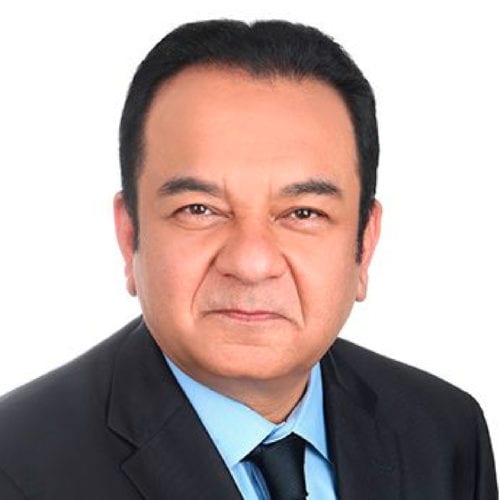 Prior to joining Tikehau Capital, Mr. Parekh served as general manager of Asia at National Australia Bank (ASX: NAB) from 2013 to 2020 where he was responsible for the overall business, regulatory, and governance matters for the bank’s Asian business. From 2013 to 2020, Mr. Parekh served as a director of Nautilus Insurance and National Australia Bank, Singapore. Mr. Parekh is currently the chairman of the international advisory committee for the Australian Institute of Company Directors, Singapore, member of the governing council of the Singapore Institute of Directors, and advisory committee member of James Cook University, Singapore. He served as a member of the governing council of Association of Banks in Singapore from 2015 to 2019 and vice chairman of Singapore Indian Chamber of Commerce and Industry (SICCI) from 2015 to 2018. Mr. Parekh received a bachelor’s degree in commerce with honors in June 1984 and a master’s degree in commerce in June 1986 from the University of Delhi. In June 1988, he also obtained a master’s degree in business administration from Northeastern University. 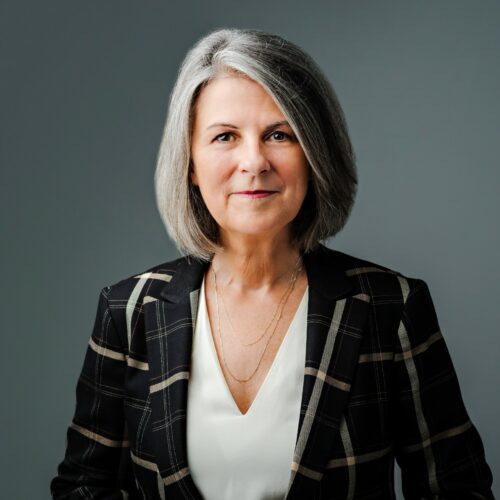 Joanne Shoveller is our independent director. Ms. Shoveller has been the president and vice chancellor of International Business University since January 2022, Ms. Shoveller served previously as vice president of advancement at the University of Waterloo from 2017 to 2021. Prior to that, Ms. Shoveller held progressive roles in part-time and continuing education, university advancement and the Ivey Business School at Western University. In 1997 she was assigned to Hong Kong as part of the small team that founded Ivey’s Asian campus, executive MBA, research, case-writing and fundraising programs. In 2001 Ms. Shoveller influenced the successful closure of the Ivey Campaign then assumed leadership of the Ivey MBA program until 2004, diversifying and strengthening its student cohort and steering curriculum development. Ms. Shoveller led the advancement teams at the University of Guelph from 2004 to 2012 and INSEAD Business School in France from 2012 to 2016, building alumni, donor and corporate relations, multiplying charitable giving, contributing to strategic direction and launching two capital campaigns. Ms. Shoveller is a volunteer with organizations based in North America, Europe, Asia, Australia and Africa, from which she brings a rich international perspective to her work, along with unique insights into the student, faculty, employer and alumni experience. Ms. Shoveller holds a Bachelor of Art from Wilfrid Laurier University and MBA from Ivey Business School, Western University. 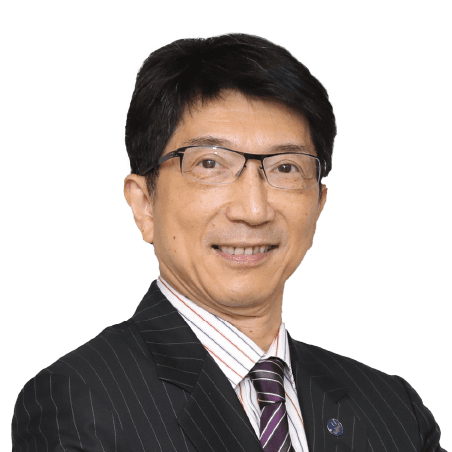 Dr. Frederic Lau is our director and president. Dr. Lau has over 30 years of experience in regulating and managing financial institutions, especially in areas such as industry development, regulatory framework, risk management, and internal control. Dr. – Lau is also the vice chairman of our Controlling Shareholder. Dr. Lau is the director of the Airstar Bank since July 2018, and served as the founding chief executive since the banking license was granted in May 2019 to October 2020. Dr.- Lau served in Hong Kong and U.S. regulatory agencies for years, including the Hong Kong Monetary Authority and the Office of Thrift Supervision (subsequently merged with the Office of the Comptroller of the Currency, OCC) of the U.S. Treasury Department.

Dr.- Lau was an executive director and group risk director at Dah Sing Banking Group, and a member of the board of directors of Dah Sing Bank from 2005 to 2011. Dr. Lau was also a member of board of directors of Shenzhen Development Bank (subsequently renamed as Ping An Bank) from 2011 to 2014. He was a managing director of Promontory Financial Group from 2011 to 2014. Dr. Lau received a Ph.D. in business management from University of South Australia in 2004. 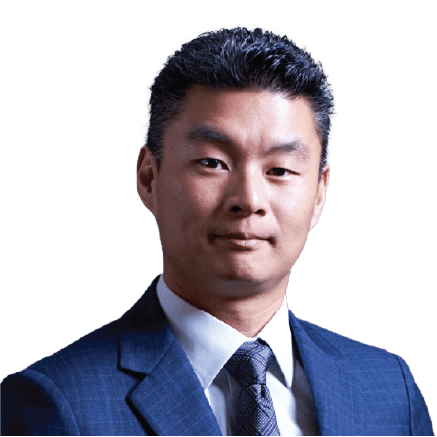 Mark Lo is our director and chief executive officer and has over 19 years of experience in global financial markets including investing, researching and trading capital markets in Asian and global markets. Mr. Lo was appointed as our director in January 2021. Mr. Lo joined AMTD Group in December 2015 and is the Group Vice President of our Controlling Shareholder.

Prior to joining the AMTD Group, from December 2010 to December 2015 Mr. Lo served as vice president of PineBridge Investments emerging markets fixed income group, a global asset manager with offerings that span the asset class and capital structure spectrum. Prior to joining PineBridge Investments, Mr. Lo served as a vice president of RBS Coutts and associate director of OSK Securities and BNP Paribas. Mr. Lo obtained a bachelor degree of arts in economics with first class honors from the University of Calgary in 2001 and a master’s degree of arts in economics from the University of British Columbia in 2002. 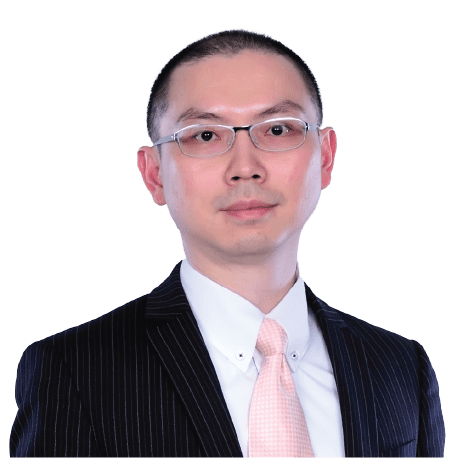 Xavier Zee- is our chief financial officer. Mr. Zee is also the chief financial officer of AMTD IDEA Group. Mr. Zee was admitted to the partnership of PricewaterhouseCoopers in 2008, and has over 24 years of professional experience in providing assurance, business advisory, and capital market services to companies, especially in the financial service industry. Mr. Zee obtained his bachelor’s degree in business administration with first class honors in The Chinese University of Hong Kong in 1996. Mr. Zee is currently a member of Hong Kong Institute of Certified Public Accountants and American Institute of Certified Public Accountants, and is a Chartered Global Management Accountant.